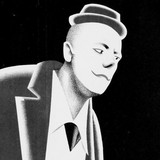 Andrew began producing and performing music in the late 1970s as synthesist, saxophonist and spoken word performer. Bands of note include the punk/soul group Private Lives (1979 - 1983) and fusion/impro outfit Lingo Babel (1985-1987). In the late 1980s he formed the acoustic based White Punks on Hope and the jazz-punk trio, Return from Nowhere. Andrew has composed numerous film soundtracks, conceived and produced interactive installations, both on and offline; published articles on independent media, generative music and radio art; and worked with pioneer community internet provider, Pegasus Networks. He produced perhaps the first generative sound piece for Australian radio and internet in 1997, a collaboration with Stelarc, for The Listening Room and co-produced a series of live audio-video collaborations culminating in a series of works for the the opening of the Taipei International Arts Festival in 2001. From 1997 - 1999 he co-founded, wrote, produced and performed with the Austrian based Electro-Pathological Consort. Throughout the early 2000s Andrew produced and performed a series of esoteric electronic projects including Lost Time Accident, Son of Science and Headlock. Andrew now resides in regional Victoria where he continues to write and produce documentaries. He composes for his multicultural ensemble The Smitten Bridge and in 2017 co-founded the post-punk trio RAT KANGAROO.