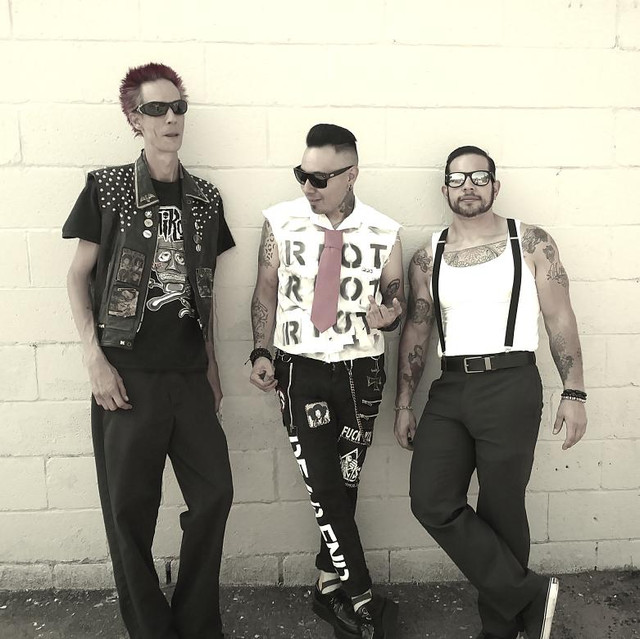 The Dead End: C. Von los- Guitar & Vox Lucian- Standup Bass & Vox Pickle- Drums The Dead End formed in 2017 in Pueblo, Colorado. The trio is a unique combination of Rock-n-Roll, Proto-Punk, and Neo-Rockabilly. The Dead End has Toured, and had the pleasure of playing with bands such as: The Vibrators, the Mentors, Flatfoot 56, Stellar Corpses, the Living Deads, the Limit Club, Fatskins, Reno Divorce, Generators, Ese and many others. The Dead End's first EP "The Dead End EP" was released in October 2017. Their follow up EP "Brand New Disease" was also released summer of 2018. The Dead End is Currently working on their first full length album "Hellbound" scheduled to be released in 2020. A "Hellbound" tour will also be in the works for late 2020 The Dead End also has released two Music Videos in 2019. Both "Bombshell" and "A Fire Inside" can be seen on YouTube. The Dead End is constantly playing shows and working on new tunes! Also their live show is more than just three guys playing music. Expect instrument swapping, bass surfing and all out energy! For booking or other inquiries please contact: thedeadendpunk@gmail.com