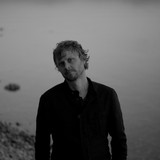 Mattis Myrland is a wanderer, singer, writer and producer living in a Norwegian countryside village in Norway. His debut album "Imperial Splendor" with Mattis & The Grand Trunk Road, was awarded "Best Norwegian album of the year", by the popular world music radio show Jungeltelegrafen, on NRK P2 (radio station). "Little Boy" is Mattis' first song release since the 2014 solo artist debut. While "Imperial Splendor" was heavily influenced by living in India and studying the Hindustani classical music tradition up close, the coming release is focusing more on western melodymaking - but in Mattis' sounds there is always that world twist. On the new album Mattis is contemplating the issue of fanaticism and the ongoing war on truth, which is fought from every corner of the world, every single day. How does the new fanaticism affect the people living together in this world? "Little Boy" will be followed up by several single releases throughout 2019, and finally summed up in the full length album "Beautiful Fanatic", to be released in 2020.