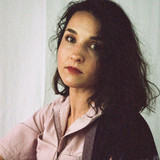 Iisa’s career in music began as the singer and co-songwriter of Regina. The band enjoyed a solid cult reputation in Finland and gathered excited attention internationally. She has continued her expedition in the world of uncompromising pop aesthetics through her solo albums, the fourth of which is released in 2021. Amelia is a concept album weaved from fantasy and reality. The singer-songwriter worked on it together with producer duo Artturi Taira and Miikka Koivisto. In many ways, Iisa is an exceptional, experienced artist in the Finnish music scene. She operates simultaneously at the most progressive and innovative peak of pop while also residing in her own musical universe. Iisa’s trademark is her unique and inimitable voice. It gives her songs that special quality that pushes through the audience’s emotional barriers and tune-by-tune strengthens the bond between artist and listener. Iisa is known for her strong lyrics that lean towards autofiction. She has also penned several hits for many of Finland’s top artists.