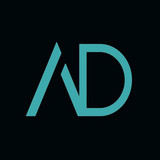 AvayaDown is James Mollo on guitars and vocals, Mich Gamez on keys, Cocoy Aranas on bass, and Nico Navarro on drums and vocals. Originally formed at a call center where James and Nico met. What may have started as a simple outlet to take the stress off work became a passion as they've decided to take their craft seriously and made their own brand of music. Avayadown is an alternative rock band mixing hexatonic-scale-oriented melodic guitar riffs, heart-pounding drumbeats, solid basslines, husky-yet-steady vocals and lyrics that have substance, honest and straight from the heart.

AvayaDown is not heavy metal. Radio-friendly, but not pop-rock. You can play 'em side-by-side with mainstream but they'll always be alternative. Their goal is to bridge the gap between music differences and for their music to appeal to listeners regardless of genre. Band Members James Mollo - Vocals and Guitars Nico Navarro - Drums and Vocals Cocoy Aranas - Bass Mich Gamez - Keys