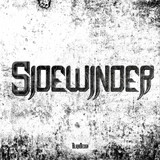 A mash up of riff-heavy southern rock with a grungy aftertaste, this five piece from Wellington, New Zealand has attracted a great deal of fan interest in a short time. Hitting the stage for their debut just six weeks after forming, the band received a rousing response from a large crowd.

Since then the band had not kept still, clocking in numerous live shows as well as heading into the studio to record their first singles. ‘Sirens’, the bands first single was duly released April 2021 and was enthusiastically picked up by local rock radio, overseas bloggers and podcasters.