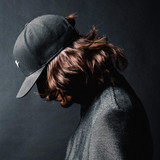 Singer/ producer Daniel Morales, known as Danny Ocean, was born in Caracas, Venezuela on May 5th, 1992. Danny Ocean is actually a global phenomenon, reaches an important milestone in his musical career with 1 billion streams on Spotify of his hit Me Rehúso. Me Rehúso is the most listened song of the last decade on Spotify in Latin America and broke a record by becoming the Latin song with the most weeks on Spotify's Global Top 50 list, with more than 36 weeks. Four months after the song was released, it peaked at No. 18 showing the song’s global success, while Its music video surpasses 1.4 billion views. Me Rehúso was the first single from 54+1 (Danny´s first record); the Billboard Latin Music Awards nominated album for Best Pop Album in 2019. The album written and produced entirely by Danny Ocean was created in his bedroom and marks the discovery stage of his sound and musical style. 54+1 also includes several hits that positioned the artist as one of the most important in Latin music. Danny Ocean continues to break rules with “Dime tú” and “qué lo qué” where he shows that his immense passion for human rights also forms a large part of his career as an artist through his music. In addition, he has collaborated with many international artists, such as Skrillex, Colombian artist Mike Bahía on “Detente”, Karol G’s on the hit "Ay, Dios Mío". "Lazy Day", and many more.