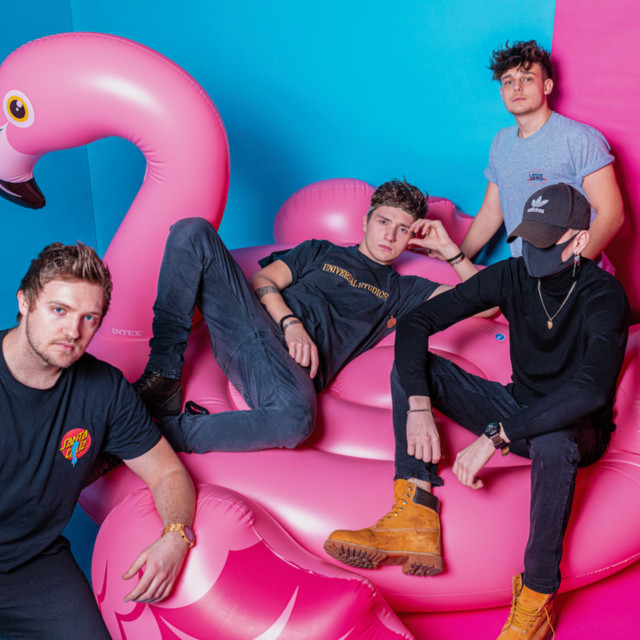 All That We Are

Blending melodic electronic sounds with hard alt rock and rap, German quartet All That We Are found a unique sound to themselves. Their 2017 debut single „Paradise“, followed by a self-titled ep, was a first big exclamation point from the band. The sound of their self-titled ep could be allocated to the genre of pop-punk. In the years to follow, the four boys grew as a band and as artists. As a consequence their sound matured into an energetic driven rock sound. Formed in Mannheim, the group's earliest incarnation was as vocalist Léonard Baptiste Schell and a group of friends branched off to form All That We Are. After the first ep, the band reformed with vocalist Léonard Baptiste Schell, guitarist Janis Müller, bassist Simon Keller, and drummer/ rapper „Kade“ to kick off the future. After delivering their self-titled ep, the band started building up their profile as a live act with some summer festival dates and various club-shows. Teaming up with producers Frieder Does and Christoph Wieczorek (Annisokay), they entered the studio to work on their newest songs in Hamburg. The band returned in 2020 with the release of their new single „Holy“, a riotous rock anthem.