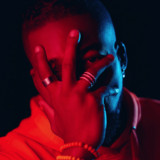 Born in Akwa Ibom State, Nigeria, IceBeatChillz, the dreamy self-produced artist has launched his career with the 2020 release of the Afro-Pop-Meets-Dancehall fusion single “Area” featuring Dancehall legend, Beenie Man. As a consequence of his debut, Ice has been featured online in Wonderland Magazine, GrungeCake with a premiere of “Area” the acoustic which GrungeCake says “added a sexy element to the tune”, an EDM.com thumbs up for the Dance remix, among other publications, and a BET Jams and MTV Spankin’ New rotational plays. Having began his journey as a music producer for several emerging Afrobeats artists, including Barry Jhay and Apple Music’s “Africa Rising” artist, Tems, Ice would often add his own vocals to his productions to express the sounds he would hear in his mind (often triggered by a word, a car horn, or even someone’s laugh), Ice could find musical brilliance in the mundane sounds of everyday life. With a musical ability that stretched far outside of his tiny hometown Ice confirms his unique universal sound built atop an Afrobeats base, with his new 2021 single, Bad and Naughty, which features Wizkid’s protege, Terri.

Gearing up in great anticipation of his debut EP, a “hybrid” fusion of sounds that shall tell the tale of a versatile and free soul, defying categorization and soaring, at last, on the road to incredible feats.