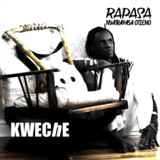 Singer, songwriter and multi-instrumentalist from Kenya Rapasa Nyatrapasa Otieno is based in Newcastle upon Tyne. His main instrument is Nyatiti, a traditional eight-string lyre from the shores of Kenya’s Lake Victoria. The music he creates is inspired from traditional storytelling. He has been selected to take part in several prestigious projects where his work was showcased. As Sage Gateshead Artist in Residence 2020/2021 he composed, self produced and performed on the 19th of June his latest work KWEChE, out on 4 Aug 2021. In 2019 he toured in the UK as a Making Tracks participant in ten venues including King’s Place in London. He also toured in the US with the OneBeat programme in 2017 and in 2016 while participating in the Nile Project. The EP Songs of Equality, released in December 2019, was commissioned by the University of York in 2017. Other notable commissions include composing and recording for BBC Earth Serengeti in December 2018, and for the Chineke! Orchestra’s Song of the Prophets performed at St Paul’s Cathedral which premiered via live stream on 9 June 2021. His forthcoming release KWEChE has featured not only at Resonance FM but also in national Kenyan newspaper Business Daily and radio station KBC, and international American radio station VOA. His work is on daily rotation on Amazing Radio and the song Wich, from his upcoming release, was aired on BBC Newcastle in July 2021. For more information see www.nyatitinyadala.com/rapasa-s-bio. Thu Tinda!!!