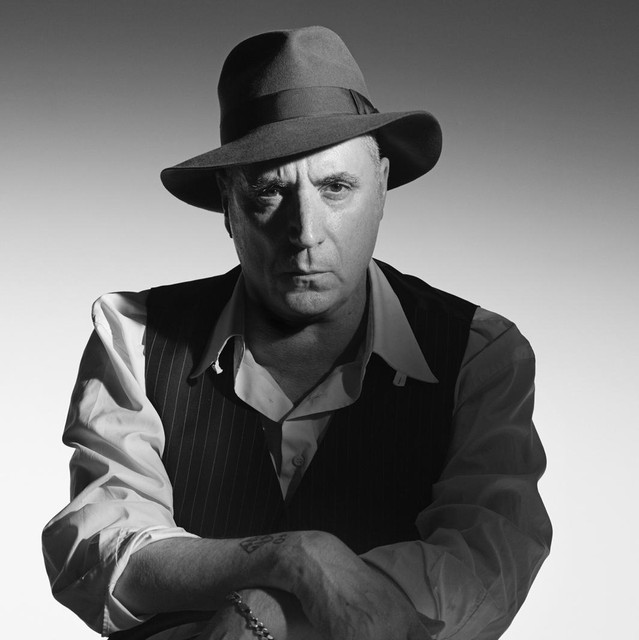 Spain's José Maria Sanz Beltrán, aka Loquillo, is a popular rock vocalist who came to prominence as the lead singer of the rockabilly- and punk-influenced band Loquillo y los Trogloditas. Born in Barcelona on December 22, 1960, Loquillo came from a working-class family that resided in the blue-collar neighborhood of Clot. An active athlete in his youth, he was a member of the youth basketball team of Badalona. It was thanks to his budding athletic career that he was noticed and given a shot in the entertainment world. In 1980, a rep from the Cuspide media company saw Beltrán (by then going under the stage name Loquillo) on television and immediately offered him an opportunity to record, drawing on other popular groups of the day (Los Rebeldes and Los Intocables) for artistic direction and repertoire. Loquillo recorded a number of singles with Los Intocables before forming his own group. By 1983, Loquillo y los Trogloditas were born, consisting of Loquillo (voice), Igor Paskual (guitar and voice), Josep Simón Ramirez (bass), Laurent Castagnet (drums), J.R. Vericad (keyboards), and Guillermo Martín (lead guitar and voice.) Their first record, El Ritmo del Garage, was released in 1983 and marked the arrival of what would become an industry mainstay. With time and persistence, Loquillo y los Trogloditas became among the most important voices of rock en español. Recording 19 albums between 1983 and 2006 with los Trogloditas cemented Loquillo among the more prolific artists in the genre. In 2008, Loquillo parted company with his backing band, los Trogloditas, who had appeared with him for 30 years, for his solo release Balmoral. It was his first unaccompanied release since 1999's Nuevo Tragos. He continued his solo career with 2011's Su Nombre Era el de Todas las Mujeres and 2012's Loquillo en Madrid. Loquillo then paired with long-running rockabilly revival group the Nu Niles for 2015's Código Rocker. The album reached number one in Spain. In 2016, he returned with the solo studio date Viento del Este, which also performed well, becoming his second consecutive number one album in Spain. ~ Evan C. Gutierrez, Rovi