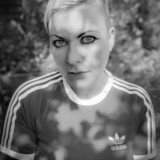 Emma Hynes is a singer-songwriter from Dublin, Ireland. She released her first single, Don’t Forget, in May 2021. As a published and performing writer, and a graduate of literature, drama and film with a love of art and photography, Emma’s work derives from her exposure and openness to multiple forms. This can be seen in the sleeve and video for Don’t Forget, both of which were photographed and shot by Emma. —————————————————————— “Don’t Forget is an ambient new-folk and indie track of sorts. Melody and chord structure here is the stuff of classic tracks.” – Martin Quinn, JAM Studios, who produced, mixed, mastered and performed on Don’t Forget. “Dublin songsmith and writer Emma Hynes knocks it out of the park with her debut single which has just been released across multiple digital platforms. It comes with a sumptuously shot video to boot which features nature in all its glory.” – Nick Kelly, Broadsheet.ie “‘Don’t Forget’ is a wonderfully emotive tune steeped in warm melodies and well-placed instrumentation…. Hynes’ vocals haunt and croon throughout as she injects a soulful tone into this mesmerising tune. There is something hypnotic and thought-provoking about the melancholy within the song that captures the listener’s attention from the first play and lingers for days. Well crafted and showcasing poetic lyrics, ‘Don’t Forget’ is a strong debut single from the singer-songwriter.” – Danu, Indie Buddie