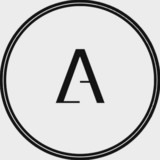 Adsol is the synthetic of two Latin words; Ad (indicates movement) and Sol (the Sun). It's also the alias of Stelios Goulas, music producer from Greece, which has been the platform for many years of multiple types of music releases. Adsol was founded as a vehicle of expression for Stelios Goulas to externalize his inner struggle through music. The project came into existence when his first EP "Unprecedented Landscapes" (2012) was released by Space Alchemy Lab. "Unprecedented Landscapes" was followed by a second EP, " Time" (2014) released by From A Tree Records. "Time" also featured in "Emerging Organisms Vol. 5" compilation released by Tympanik Audio. In 2016, Adsol returns with the Single "I", a release that marks the creation of Eos .audio Records; a net-label made for his release catalog. In the same year, Adsol releases the EP "Ave Sanctus Dei" the chain-breaker to the personal concept as this one derives from the Biblical Mythology. During the period of 2017-2020 and onward, Adsol has released multiple electronic-heavy Singles & EPs including titles such as "The Perspective of Mind (Re:imagined)" (2017/2020), "Endzeit" (2019) and "Repulsion" (2020). In 2020, Adsol released his debut album "Death and Asceticism" and "To Mega Therion" followed by the Neoclassical and Contemporary styled albums "Diastaseis" and "Sixnotites" in 2021. OFFICIAL WEBSITE adsolmusic.com