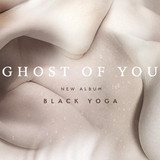 The Ghost of You

Featuring The Ghost of You

New album BLACK YOGA 16.2.2018 ► Black Yoga after darkness when the morning breaks and the party hasn't stopped! Like drops of warm notes falling from synthetic clouds. Brought to life by electric-lighting riffs, shooting burts of joyful melodies that only your pores can absolve. ► GHOST OF YOU is a four piece group consisting of young ambitious musicians coming from Brno, Czech Republic, dragging inspiration from every moment of their turbulent lives and using up all their creativity to come up with psych-pop songs with highly personal lyrics. They have proven to be one of the hottest current acts in the country by releasing a critically acclaimed debut album Glacier &amp; the City and playing at major showcases and festivals abroad, including Eurosonic Noderslaag 2017, Sziget festival 2015, Waves Vienna 2017 or successful appearance in London 2016. Ghost of You is not only based on the effort to attract fans but also on an absolute devotion to what they do and the great desire to play as much as possible. They are about to release their second LP Black Yoga in February