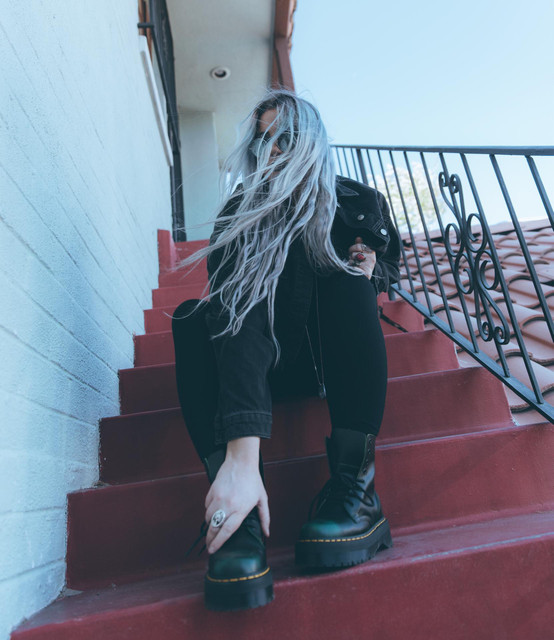 A new breed of artist, Amy Guess writes music that reflects raw human emotion, pushing aside the sugary-sweet mainstream in favor of dark, cathartic energy.   A dynamic talent from Las Vegas by way of Calgary, Canada, Amy Guess was born into a musical family where she was free to create and express herself as she chose. With a natural talent for infusing catchy pop hooks with an emotive alternative rock edge, Amy has forged a unique balance in her music, cultivating a universal appeal that is both deeply personal and wonderfully relatable.   Now, with the release of her sophomore EP on the horizon, Amy has come into her own, striking out with a developed sound that feels more herself than ever. Set to be an all-encompassing expression of her musical journey, the release is an ode to the path that has lead her this far, making it one of her most exposed and instinctual projects to date.    An indelible voice for a new generation, Amy is an independent talent like few others. With an unrelenting charm and unapologetic style, she has carved her own path through the current musical landscape, earning over five million streams to date. Fiercely original, she is a new style of icon who is determined to break limiting genre boundaries, and while her list of accomplishments speaks for itself, Amy is keen to show that she’s just getting started.