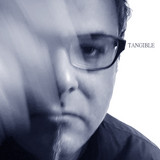 is a classically trained musician, producer, and composer based in Barcelona who writes for strings, piano, and electronics. He began playing piano as a child, on an old Pleyel upright at his parents’ house in Buenos Aires. Although inspired by several different types of music, his early years were influenced by composers like Erik Satie and Claude Debussy, and contemporary musicians such as Arvo Pärt, Brian Eno, and Harold Budd. In 1998 he started as a producer for ad21, a personal platform and label that has released the majority of his albums (2016’s The Poet was released by 1631 Recordings, while Unity came out on Russian label Dronarivm, in 2018). He has also collaborated on several projects with the labels 7K!, Moderna Records and Thesis. His Piano Textures series, started in 2007, is one of Sanfilippo’s most representative set of recordings, but he has also gained wider recognition in modern music – one of his piano compositions formed the basis for Canadian rapper Drake’s seminal hit, ‘Started From The Bottom’. In addition to recordings available on streaming platforms, Sanfilippo has a series of solo and collaborative albums that are available exclusively through Bandcamp, some of which were released by American labels between 2008 and 2012. Sanfilippo regularly performs at various live and multimedia events, and at festivals all over the world.