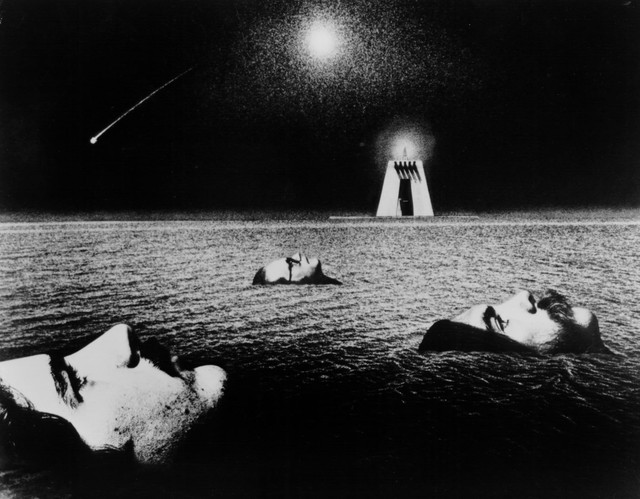 In August of 1976, the self-titled debut album by an unknown group called Klaatu was released on Capitol Records to little notice. The following February Steve Smith, a writer for the Providence Journal in Rhode Island, wrote an article titled "Could Klaatu Be the Beatles? Mystery Is a Magical Mystery Tour." The article began the rumor that Klaatu was "more than likely either in part or in whole the Beatles." These conjectures, fueled by a series of articles in trade magazines like Billboard created a huge amount of hype and Capitol did nothing to deny or confirm the rumors. Throughout 1977, record sales soared and radio stations ran "Is Klaatu the Beatles?" promotions. Reportedly, some of the "clues" as to whether or not Klaatu were the Beatles included backward messages, Morse code, references to the group's identities in the song lyrics, and the word "Beatles" hidden in various places on the record jacket. After several months of conjecture, the group's identity was revealed at the end of year -- it wasn't the Beatles after all, it was Terry Draper (songwriter, vocalist, drummer), John Woloschuck, and Dee Long. Immediately, their record sales declined, and due to a backlash generated by the Beatles hoax their four subsequent albums failed to sell. The group broke up in 1981. ~ Jim Powers, Rovi