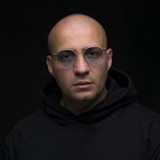 Revered French DJ & producer R-Wan has firmly cemented his position as a true trailblazer across the electronic music industry, securing global recognition with releases including 'What The F*ck' ft. Fatman Scoop, 'Turnt Up' ft. Snoop Dogg & his past studio output has been both relentless & unstoppable. Also picking up a number of highly sought after accolades along the way, R-Wan has been awarded ‘Best Open Format DJ’ on the DJ List, in addition to notching up multiple Top 10 spots on Beatport & currently holds an enviable position in today's scene. In 2016, he earned a coveted place in the DJ Mag 2016 poll & fast forward to more recent times, 2017 saw the release of dance-floor anthem 'High' - a track in collaboration with legendary DJ Chuckie. With no sign of slowing down & a drive to continuously evolve his sound & push musical boundaries – his collaboration with Big Ali x Busta Rhymes on 'Bottles Up' hit No1 on the French iTunes Chart. R-Wan's beat goes firmly on, most recently in the form of his second collaboration with Big Ali & Lil Jon on the dancefloor hitting ‘OXY’, which reached #1 in the overall French iTunes Chart, following from his previous 2019 single with Mike Jay, ‘Elevator’, which has amassed over 1 million streams on Spotify alone. While releasing constantly, R-Wan is traveling all over the world to show his DJ skills from Asia, to USA and from Tomorrowland in Belgium to Dance Valley in the Netherlands and Ultra Music Europe.