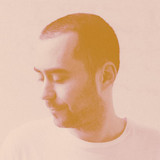 In a game of Singer-Songwriter Top Trumps, you'd be forgiven for picking Ed Sheeran's streaming figures or Jeff Buckley's voice. But dig deeper and every genre has its specialists. Several albums in, Jake Morley is well known as one of the UKs more interesting cards to play. Highly accomplished but hard to pin down, he is also one of the world's finest lap-style guitarists whose lyrics and live shows have a habit of staying with you long after the fact. Latest release No Drama was inspired by impending fatherhood. "I felt a desperate longing for our child to be safe in a noisy, fractious, complex world, and this song tumbled out. It's almost like a hymn, I'd sing it to our baby in the womb." Debut album Many Fish to Fry (2012) brought to mind Paul Simon and Newton Faulkner with its refreshingly unpretentious lyrics, hooky melodies and implausible guitar playing. The richly-layered production of follow-up The Manual (2016) leaned more on Elbow or Gotye before 2018's Xoa-inspired Tell It To Me Straight series. His distinctive and innovative guitar playing (This City, Falter), make him an artist to be seen as well as heard. But it was his incisive songwriting that led to a residency at London's Ronnie Scott's and exposure on Radio 2, BBC 6Music and Radio X. Hundreds of worldwide stages and shows have been clocked up since then, empty to buzzing, Aberystwyth to Zurich, with memorable shows at London's Bush Hall, Canada's biggest festivals, and the Hammersmith Apollo.