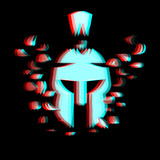 Arelius is a project heralded by Grammy winning songwriter and record producer Wayne Wilkins. Wayne grew up in Croydon, South East London, England. He started playing the piano at 4 years old and was awarded his first scholarship at age 7 to learn the piano at the Croydon Schools Piano Centre which was funded by a wonderful music program set up by Croydon council and mentored by concert recitalists that played around the world.   At 13 years of age Wayne began his journey learning the church organ and has played many of the cathedral organs in the UK both giving recitals and accompanying choirs. At 18 years old Wayne was awarded a scholarship to study the piano further at the Royal College of Music in London and during that same time period attained a degree in physics from Imperial College, South Kensington.   Wayne’s love of music has led him to live in Los Angeles for the past 15 years and to make a name for himself songwriting and producing records for many of today's biggest contemporary artists. He now has a collection of multi platinum discs and BMI radio air play awards for his songs   In this new, chapter, Wayne is also concentrating on his own artist career and releasing music under the project name “Arelius”.   “It is very freeing for me to sit down at the piano and just create music to communicate my feelings when most of the time I am in a place where words alone aren’t enough.”   Visit https://www.arelius.world