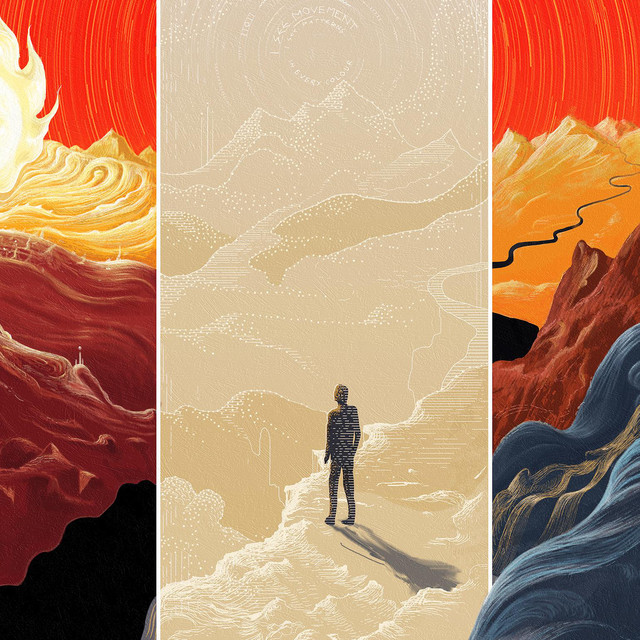 Dark Tranquillity is one of the original and most influential melodic death bands to emerge from Sweden in the early 1990s; along with In Flames and At the Gates, they essentially created the explosive subgenre that combined death metal's intensity, progressive, and Gothic experimentation with hooky, melodic, groove-oriented riffs and twin-guitar lead lines. Dark Tranquillity were one of its earliest and most prominent practitioners, as evidenced by their 1993 debut long-player Skydancer. They were prolific during those years and toured constantly; when they were home, they issued strings of singles, splits, and EPS including 1995's Of Chaos and Eternal Night. 1999's Projector proved controversial for early fans due to its pronounced use of electronics, but the group shifted back again on 2000's ultra-heavy Haven. By 2002's Damage Done, they had emerged with a mature sound that wed both approaches. 2005's Character proved their commercial breakthrough; it peaked at number three in Sweden and charted across Europe. They doubled down on that approach for 2007's charting Fiction (and spent 22 months on the road), and 2010's We Are the Void. 2013's Construct mixed black metal with melodic death riffs and gothic rock. Following another 18 months of roadwork and a handful of singles, Dark Tranquillity released Atoma in 2016, their first without guitarist Martin Henriksson, who had retired from music. Sweden's record-buying public pushed it to number two on the national charts, and on the album lists of six European countries. Moment was released near the end of 2020 and marked their first outing without founding guitarist Niklas Sundin. Formed under the name Septic Broiler in 1989, Dark Tranquillity honed their chops for a few years and debuted on record in 1993 with the album Skydancer; their lineup consisted of vocalist Anders Friden, guitarists Niklas Sundin and Mikael Stanne, bassist Martin Henriksson, and drummer Anders Jivarp. The band shuffled its membership for the 1995 follow-up EP Of Chaos and Eternal Night; upon Friden's departure, Stanne took over lead vocals and was replaced on guitar by Fredrik Johansson. This lineup remained intact for the full-length The Gallery issued later that year, which helped them build an international fan base. Follow-ups Enter Suicidal Angels (an EP) and the full-length The Mind's I appeared in 1997, marking a tightening of the group's sound into a more compact attack. In 1999, Dark Tranquillity left the Osmose label for a deal with Century Media, consummated by the release of the gothically tinged Projector later that year. Electronics manipulator Martin Brändström subsequently joined the group as an official member, and guitarist Johansson departed the music industry to take a day job; bassist Henriksson took over on guitar, and the bass chair was filled by Michael Niklasson. Haven was released in mid-2000, continuing the less traditional approach of its predecessor. Afterwards, the band would continue moving in a heavier direction with 2002's Damage Done and 2005's Character, which found them getting more atmospheric and aggressive. It also registered with listeners across Europe: It charted in five countries and peaked at number three at home in Sweden. Following 2007's acclaimed, charting Fiction, Dark Tranquillity spent more than a year on the road, headlining the Where Death Is Most Alive tour. Century Media not only issued a split-EP from the tour's participants, they released Manifesto of Dark Tranquillity, a compilation drawn from their catalog starting with Projector. Yesterworlds, a comp of early demos, singles, and unreleased material were also included, along with The Dying Fragments, whose tapes were taken from their earliest rehearsals and live gigs. In 2009, the label also delivered deluxe remastered reissues of Projector, Haven, and Damage Done, and a live DVD from their October tour, appropriately titled Where Death Is Most Alive. In 2010, Dark Tranquillity released We Are the Void while on a U.S. tour headlined by Killswitch Engage. The album peaked inside the Top Ten at home, charted in Europe, and sold respectably in the U.S.; the band undertook their own headline tour of the North American continent accompanied by Threat Signal, Mutiny Within, and the Absence. They took a short break and re-entered the studio in late 2012, emerging in May with Construct, mixed by Jens Bogren. The release proved both controversial and commercially viable due to its meld of back metal tropes, gothic atmospheres, alternate clean vocals, and melodic death metal. It peaked at nine in Sweden, charted across Europe, and even made the Top 200 in the U.S. as Dark Tranquillity toured the world. In March of 2016 founding member and bassist/guitarist Martin Henriksson left the band. He cited losing his passion for playing music. Later that year, the band issued its 11th studio long-player, Atoma, with guitarist Niklas Sundin playing all the guitar parts; the recording also featured new bassist Anders Iwers, who replaced longtime member Daniel Antonsson. Dark Tranquillity embarked on a European tour with main support band Equilibrium and played festival stages across Europe. While they worked the road, Atoma climbed the charts; it peaked at number two in Sweden, charting in nine countries across Europe and even hitting the Japanese album charts. In March 2020, founding guitarist Niklas Sundin departed. Ten days later, the band commenced recording an album and hired guitarists Christopher Amott and Johan Reinholdz, who had toured with the band since 2017. In November, Dark Tranquillity issued Moment. The set was produced by Martin Brändström and mixed and mastered by Bogren. Sundin, as had since the band's earliest days, designed the album cover art. ~ Thom Jurek & Steve Huey, Rovi