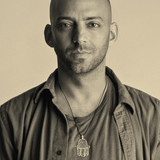 Led by Israeli keyboardist/producer Idan Raichel, the Idan Raichel Project seeks to give voice to the amazingly diverse blend of world cultures that comprise Israel's colorful musical landscape. After time spent with the army rock band in which he cut his teeth, touring and performing for troops all over the nation, Idan took work at a boarding school for immigrant youth. Exposed for the first time to Israel's growing populations of Ethiopian Jews through his students, Idan began to fall in love and identify with Ethiopian folk music. He also found that most of the immigrant boys he worked with were forced to shun the culture of their homeland in desperate hopes of assimilating into mainstream Israeli society. Inspired by this realization, Idan began investing time in learning more about the many immigrant cultures that made up Israel. Hanging out with a wide variety of musicians, Idan hoped to encourage his students and new friends to embrace and live out their native cultural heritage. In the meantime Idan became an established supporting musician, working as a sideman alongside some of the nation's most important pop acts. With his ever-growing number of world musician friends and pop production knowledge, Idan set to recording some of the richly multicultural music he'd begun to create. Over 70 musicians contributed to the demo recording that Raichel used to garner the support he would need for a full-length production. With the support of Helicon Records, the Idan Raichel Project was born, featuring the songwriting and production of Raichel, and musical contributions from an amazingly diverse cast of players. The record created buzz worldwide, showered with praise by some of the industry's most influential voices. It was a breakout success in Israel and throughout the region. Raichel and his group maintained a busy touring schedule in response to their explosive popularity. ~ Evan C. Gutierrez, Rovi