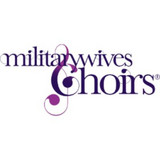 With over 70 choirs in British military bases across the UK and overseas, the Military Wives Choirs is a charity that brings women in the military community closer together through singing. The unpredictable nature of Forces life means that families of service personnel move around frequently and it can often be tough to put down roots or make new friends, which can leave women feeling isolated. There is lots of research to say that singing in groups helps to alleviate stress and improve mental health, as well as bringing people together. That’s why the Military Wives Choirs are so important. Being part of the Military Wives Choirs makes a positive difference to women’s lives by improving well-being, building friendships and developing skills. Listen to 'The Poppy Red', written and composed by Owain Park and performed by the Military Wives Choirs, accompanied by The Band of the Household Cavalry. The song will feature on the brand new album from the Military Wives Choirs, 'Remember', commemorating the centenary of the end of World War I and due for release on 29th June 2018.