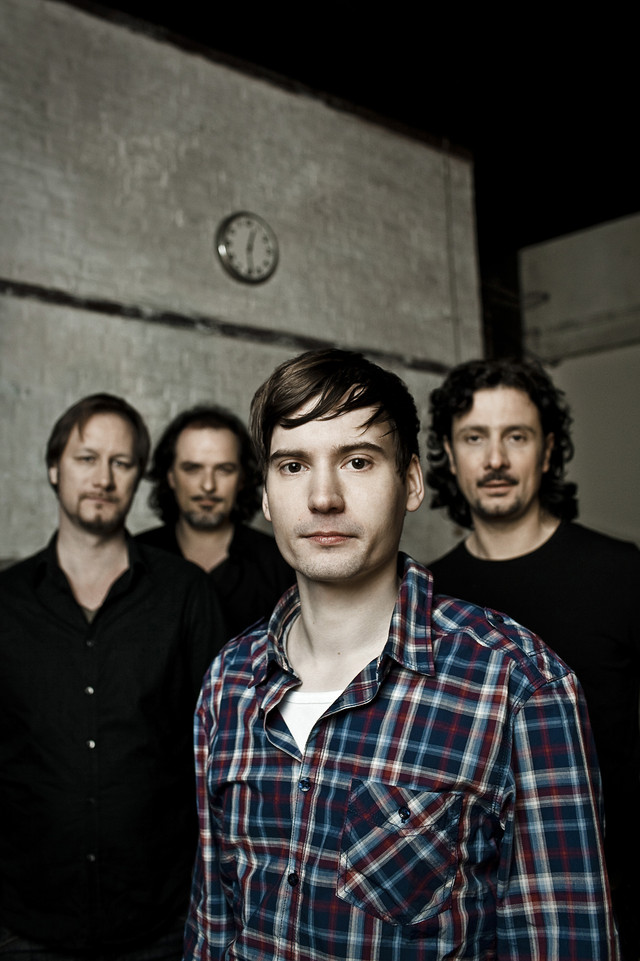 Indie rock band Blackmail was formed in Koblenz, Germany, in 1994 by singer Aydo Abay, bassist Carlos Ebelhäuser, guitarist Kurt Ebelhäuser, and drummer Mario Matthias. The group quickly garnered attention from Virgin, but they signed with bluNoise Records to release their self-titled debut album in 1997. Their sophomore effort Science Fiction, featuring traces of 80s pop, was released two years later, followed by several festival appearances and a supporting slot for Manic Street Preachers. A remix companion album called Do Robots Dream of Electric Sheep? was released in 2000. The group then signed to Warner subsidiary Speicherstadt for their next album, 2001's Bliss Please, whose first single "Same Sane" entered heavy rotation on VIVA2. Blackmail's 2003 album Friend or Foe was released on WEA, which now handled the band in light of the looming end of Speicherstadt. After a tour through Japan, the band was offered the choice to work on the soundtrack for Hendrik Hölzemann's movie Kammerflimmern ("Off Beat"), together with Lee Buddah. The group, who had until then acted as their own producers, hired producer Andi Jung for their 2006 album Aerial View. Blackmail's fifth studio album Tempo Tempo was then released in 2008. ~ Christian Genzel-, Rovi