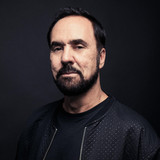 D NOY, or Dan Desnoyers of his real name, is a well-known DJ across Canada. During his career, he has collaborated with many international artists such as Bob Sinclar, Gloria Gaynor, Flo Rida, Nicki Minaj, Shabba Ranks and many others. Associated with the MusiquePlus channel for almost a decade (1993 to 2002), he has been VJ, director of special projects and director of the Danse Xpress tour, which includes 6 volumes. In addition, DJ and radio host, D NOY will have worked 11 years at Radio Énergie and 5 years at CKOI Montréal. Producer, director, sound engineer, mixer, remixer and record designer, D NOY founded his own label, DKD D-Noy Muzik, in the Donald K. Donald Group in June 1999. In 2003, DKD D-Noy Muzik becomes D-Noy Muzik, whose sole owner is Dan Desnoyers, alias D NOY. In May 2014, D NOY signed an artist contract with Ultra Records Worldwide for the release of his single Unbreakable and mixed the Ultra Mix 6 compilation for the label. To date, D NOY has sold more than 1.4 million copies of its compilations: Danse Xpress, Spin, Le Beat, Power Spin, Nightclub, In Da House, Club Sound, Pasha, Summer Session and Winter Session, totaling 59 albums. He is constantly touring in many clubs, festivals, carnivals and major events in Quebec, Canada, Europe and in the United States. During his career, he has accumulated two Gold records for the Beat vol.1 and vol.2 releases and was awarded a Diamond record by Universal Canada in 2008 for selling 1 million albums .