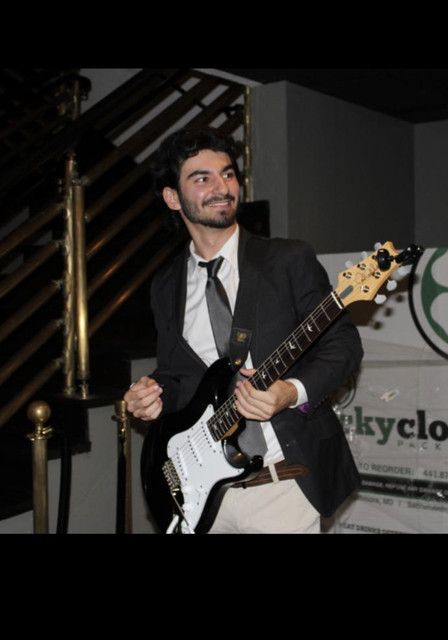 Tanis Perez is a 22 year old singer/songwriter and guitarist somewhere between Gainesville and Miami Florida depending on whether he's taking classes at UF at any particular time. He released a single named "History" in June 2019, a chill track with a mesmerizing beat and simple but catchy lyrics. He recently announced a full length album will be released in 2020.   Tanis' influences include John Mayer, Ed Sheeran, Stevie Ray Vaughan, RHCP, Maroon 5, Streetlight Manifesto and more. He's been playing guitar since he was 15, and started singing a few years after. All the songs he has released have been written and arranged by him, usually alone in the privacy of his room.   Tanis spends his time in Miami gigging and recording with Banana Chant, an up-and-coming alternative/psychedelic rock band, as their lead guitarist. Banana Chant's first EP "The Balloon Room" released in 2018 features Tanis playing bass, guitar and background vocals.