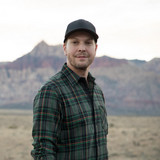 Years before "I Don't Want to Be" propelled him to pop/rock success, songwriter Gavin DeGraw began honing his piano skills at the age of eight, followed by his participation in several cover bands with his older brother in upstate New York. After a brief stint at the prestigious Berklee School of Music -- where he rubbed shoulders with future singer/songwriter contemporary John Mayer -- DeGraw decided to take his original songs to New York City. He arrived during the late '90s and steadily expanded his audience with a series of buzzworthy shows, one of which was captured on the concert recording Gavin Live. The steady buzz led to offers from major labels, and DeGraw eventually signed a record deal with Clive Davis and his J Records imprint (home of Santana, as well as R&B mainstays Alicia Keys and Angie Stone). DeGraw's debut album, Chariot, arrived during the summer of 2003. Like the singer's early days in New York City, Chariot slowly built momentum and earned the young DeGraw a small but fervent following. By 2004, the leadoff single "I Don't Want to Be" had become a Top Ten hit, and the album itself was soon re-released in expanded form under the title Chariot + Chariot Stripped. DeGraw's next single, the titular "Chariot," was also met with positive response and climbed the charts in 2005, pushing the album to double platinum sales. DeGraw took five years to release a self-titled sophomore album, which appeared in 2008, initially charting higher than Chariot but failing to spawn any comparable singles (although "In Love with a Girl" did peak at number 24). DeGraw shifted gears for his next release, the looser and seemingly less labored Free, which appeared only a few months later in early 2009. DeGraw took more time to release his fourth album. Co-writing with other artists for the first time, he spent two years workshopping the songs eventually featured on Sweeter. The album was released in fall 2011, several months after "Not Over You" -- a song co-written with Ryan Tedder -- returned DeGraw to the charts. "Not Over You" was DeGraw's biggest hit since "I Don't Want to Be," and it helped send Sweeter into the Billboard Top Ten upon its release. Over the next year, DeGraw supported the album with promotional appearances and a tour, the latter of which was documented on the live album Sweeter: Live, released in December of 2012. DeGraw returned in October of 2013 with Make a Move, and in 2016 he issued Something Worth Saving, his sixth studio long-player. ~ Wade Kergan & Steve Leggett, Rovi