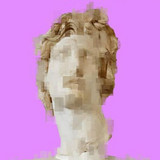 Micah Valentine (AKA Micah V, ThxtLxrd) is an RnB/Rap artist from the Rock n Roll city of Cleveland, Ohio. While managing his music career, Micah is also a student at Cleveland State University as a pre-med major working towards his future as a trauma surgeon. Since he was 4 years old his first passions were always science and the arts. Although his initial preferred medium of art was visual, Micah quickly adapted his creative talaents to the audible medium. His first mission was to just have fun with his music but he always felt the Hip-Hop and R&B genre was missing a certain authenticity in the lyricism, melodies and storytelling. With that in mind he released his first studio EP, Plastic in 2017. This project tackled many of the issues and environments centralized around Micah involving growing up in poverty, to the struggles of social upward mobility, and the painful effects of developing as a child in a single parent household. Micah's upcoming full length album, self titled ThxtLxrd, is set to be the sequel to the story of Plastic, expounding on the obstacles of overcoming personal demons and environmental stressors as well as the development of a larger-than-life ego. From his philosophy, Thot Lord (stylized as ThxLxrd) is defined as a being of pure sexual freedom and self-confidence. The upcoming album is said to be heavily focused on the concept of creating an image of oneself that can succeed in the plans one sets forth. This is the story of Micah Valentine.