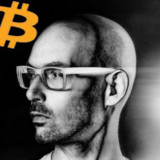 Martin Folb aka MartyParty is more than just an electronic music producer and performer. Undefined by a single style or genre, MartyParty covers the musical spectrum from sexy hip-hop to intense dance to minimal bass, exploring the limits of the audible spectrum including sub bass, poly-melodic harmonies and futuristic sound design. Marty has released seven original albums, a slew of remixes, singles and mix-tapes, and has toured for over 7 years playing his original and unique live sets, utilizing an ambitious four-channel setup instead of the usual two.

When he’s not rocking crowds independently, he’s either creating the legendary, sex-oozing music of PANTyRAiD together with Ooah of the Glitch Mob, or breaking conventions with his latest minimal percussive project Minx. MartyParty’s expert songwriting, production and rich background of influences keep his music fresh, exciting and relevant. By boldly combining elements of trap, hip-hop, house and a variety of other genres, he creates a sound that truly stands out in the vast world of bass music. With his seasoned musical experience and passion for innovation, MartyParty will keep pushing the boundaries of the musical terrain.