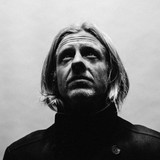 Songwriting is a search. A search for lyric and melody. A search for connection and acceptance. For Jon Foreman, it is most importantly a search for beauty and truth. An unending search for light in darkness. It is out of this search that his latest release, "Departures" was born. On “Departures,” Foreman’s songs are his vehicle to navigate the terrain of our times. Always moving from darkness to light- aiming for meaning and purpose and truth. Embracing what is and aiming for what is to come. Jon Foreman's musical journey began in 1996 in a surfboard filled garage in San Diego, California. These were the humble beginnings of multi-platinum selling, Grammy Award winning alt-rock band SWITCHFOOT. As the stages and crowds grew larger, Foreman felt the need for connection more than ever. His solo career began in parking lots and on sidewalks, playing for the handful of fans who would stick around after SWITCHFOOT shows. It was these "after shows" and the indescribable connection of just a few souls joining their voices in the night, that inspired his first four solo EPs in 2007. Those four EP's were followed up by another series of EPs in the spring of 2015 titled, "The Wonderlands" - featuring 24 songs, a song for every hour of the day. His latest release, "Departures" serves as the latest chapter in Jon's lifelong search for light in the dark moments.