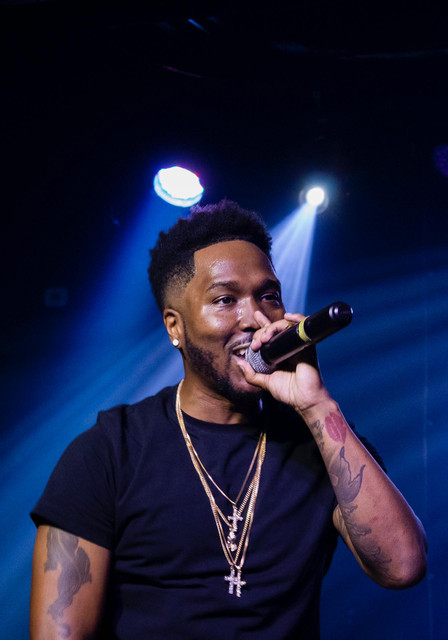 T!M NED Rapper, Singer, Songwriter, and Producer, Timothy Ned aka Tim Ned is a person that exemplifies a true, God gifted talent. Native to Fort Worth, Texas, Tim, a military brat, moved to Houston with his family in the mid 1990s. During this time, he began to create his love for music and throughout his high school years, began to establish a name for himself as a producer among local artists. Tim’s career began to develop when he secured placement on the Emmy Award winning television show “CSI MIAMI” with the song “Automatic” performed by “The Clarke Boys”. “My love for music flowed through me at a very young age”, says Ned. “The rhythms and melodies were like blood in my veins.” Signed to Loud Muzik in June 2011, Tim went on to produce for more established artists such as R.Kelly, Slim Thug, Killa Kyleon, Nipsey Hussle, and even landed another placement on the hit television show “Love & HipHop Atlanta”. With a buzz of successful tracks under his belt, the following year, Tim released the hit single “Black Diamonds” followed by the first of a mixtape series entitled “My Canvas” which included tracks like “Paradise”, “Good Kisser” and “Am I Wrong”. Tim began to solidify a strong online presence as the mixtape received rave reviews from various local and national media. Follow T!M NED Right now T!M NED the EP<br>