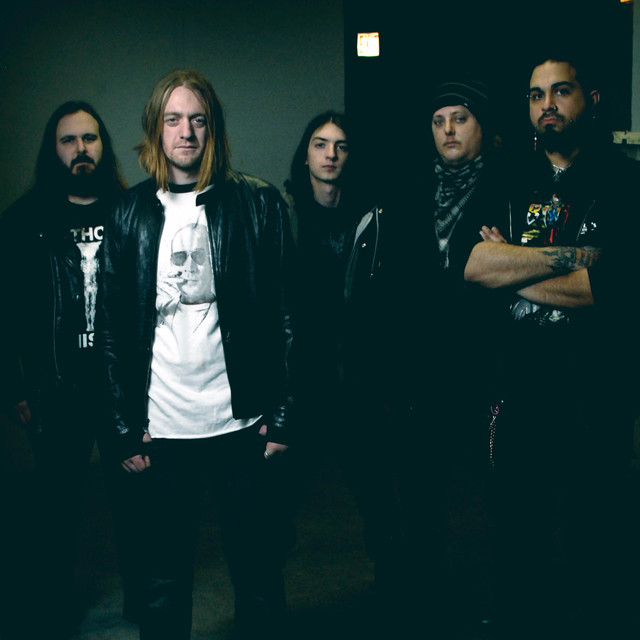 Founded by Chicago musician Blake Judd and aided by a rotating cast of backing players, Nachtmystium took black metal's extremity to more psychedelic places, often experimenting with structure, production and stylistic approach. From the beginning of 2000 until their 2014 dissolution, the project evolved from traditional raw black metal into more progressive and boundary pushing territory, changing incrementally over the course of prolifically released albums and building their fan base with standout releases like 2006's Instinct: Decay and 2010's Addicts: Black Meddle, Pt. II. Judd struggled with heroin addiction during the band's initial run, and developed a bad reputation for ripping off fans by taking money for Nachtmystium albums with no intention of ever delivering or refunding the unfulfilled orders. These troubles reached their apex in 2013 when he was arrested for theft amid being called out en mass by the metal community for his scams. Judd announced the band would be breaking up before the release of 2014's The World We Left Behind, but he reactivated the project in 2017. Nachtmystium first took shape in the late '90s when Judd and drummer Pat McCormick began recording demos in the basement of Judd's parent's house. Still in their teens, the two had played together in other bands but took inspiration from black metal acts like Darkthrone when they began work on the raw, lo-fi recordings that eventually led them into forming a full-time band. Judd made up the word "Nachtmystium" by joining the German word for "night" with the made-up word "mystium." Throughout the band's lifespan, Judd would be the only consistent member, joined in the studio and on-stage by an ever-changing cast of supporting players. The band began playing live around 2000 and the first widely distributed recordings came with 2002's Reign of the Malicious. At this time the band was fashioned closely after traditional black metal, with intentionally crude recordings, an illegible logo, and a corpse paint-adorned Judd going by stage name Azentrius. 2004's Demise followed a similar stylistic path, but with 2006's Instinct: Decay, Nachtmystium began to incorporate more psychedelic influences and experimental production into their sound. Judd had been a longtime fan of both studio boundary-pushers Pink Floyd and live explorers the Allman Brothers, and with this album he began expanding Nachtmystium's sound with those reference points in mind. 2008's Assassins: Black Meddle, Pt. I took this departure from black metal even further. This would be the first album where Judd was credited with his real name and apart from stylistic turns towards stoner metal as well expanded instrumentation with saxophone and electronic elements, Judd nodded to the influence of Pink Floyd both in the album's title (citing their 1971 album Meddle as the inspiration for Black Meddle) as well as with album-opener "One of These Nights...," a reply to Pink Floyd's "One of These Days." At this point, Nachtmystium was extremely popular, touring internationally and considered by many to be one of the more important black metal-related bands to come out of the United States. 2010's Addicts: Black Meddle, Pt. II continued the band's stylistic experimentation, leaning more toward industrial influences and the use of programmed drums and electronics within an extreme music framework. A return to black metal roots defined 2012's Silencing Machine. Judd began struggling with a heroin addiction sometime after getting hooked on opioids he was prescribed for a leg injury in 2009. Troubles with addiction and Judd's increasingly sketchy reputation began to plague the Nachtmystium name, with many fans paying Judd for records that he never delivered or issued refunds for. Controversy grew and things reached a boiling point in 2013 when Judd was arrested for stealing his roommate's guitar and selling it so he could buy heroin. This came in conjunction with a barrage of public complaints for his scamming fans and in late 2013, Judd announced he would be disbanding Nachtmystium after completing work on their next album. That album, The World We Left Behind, was released to mixed reviews in 2014 and Judd focused on other projects as well as trying to clean up his life and seek help for his addiction. In 2016, Earache Records acquired the rights to the band's catalog of studio albums and also released a collection of rarities, demos, and remixes entitled Retox in 2017. Also in 2017, a now sober Judd re-formed Nachtmystium to play two exclusive gigs and began work on an EP of new material called Resilient, slated for release at the end of 2018. ~ Fred Thomas, Rovi