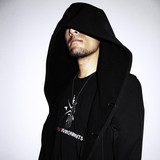 Engage Blue, Japanese extreme sound project by Yosuke Hamada. At the age of 15, he began to make a variety of music such as Rock, Trance and Ambient Techno. In 2009 he heard the first hardcore track in life. Since then he was fascinated by hardcore and decided to pour his energy into making hardcore music. He kept on updating himself and taught himself a lot from the frontline of the hardcore music scene, which led him to finally release his production from Red Fever Recordings (NL) in 2012 Nov. Afterward, he started to perform live/DJ and appeared on the Japanese hardcore music scene. In 2014, he began different projects that focused on several extreme genres. At the same time, he founded his private label Narcolepsy Records and producing profound sound. In 2018 he joined the famous Japanese hardcore label Illegal wave Records.