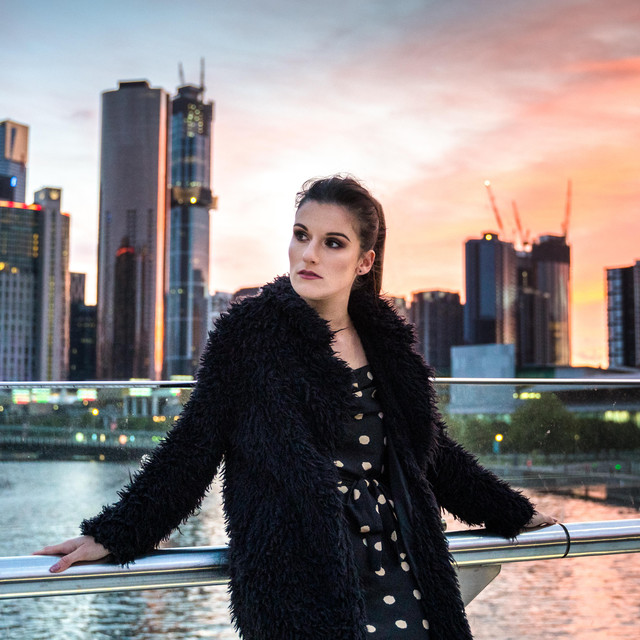 Alex Carpi has been musically inclined her entire life. Playing piano from age 5, Alex soon taught herself how to sing along to chords, and started writing her own songs. Now, the Melbourne-based artist is sharing her music with the world, combining moody lyrics with hooks you just can’t get out of your head. A pocket rocket with a massive voice, Alex is making a splash in the Melbourne music industry, after kick-starting her professional career at the beginning of 2019. Alex knows how to combine catchy, pop hooks, with elements of classic rock, creating an air of nostalgia that will transport you.   Alex’s October ‘19 release Veins turned heads, with her playful, sultry songwriting technique shining through. Her most recent release, Big City, has received positive reviews and landed itself on some versatile Spotify playlists, where it is gaining traction for its energetic and excitable sound. This song set the scene for Alex Carpi’s upcoming debut EP, Superfamous, which was released on April 3rd. Since the release of Superfamous, the title track has been gaining steady traction, debuting on the JJJ Unearthed charts at #15 on Indie and #34 on overall. Superfamous has been picked up by some curated playlists and it's not stopping there. Alex's Superfamous launch gig at the Wesley Anne has been postponed due to COVID-19, but follow her on social media and stay tuned for updates. https://www.facebook.com/alexcarpimusic/ https://www.instagram.com/alexcarpiofficial/