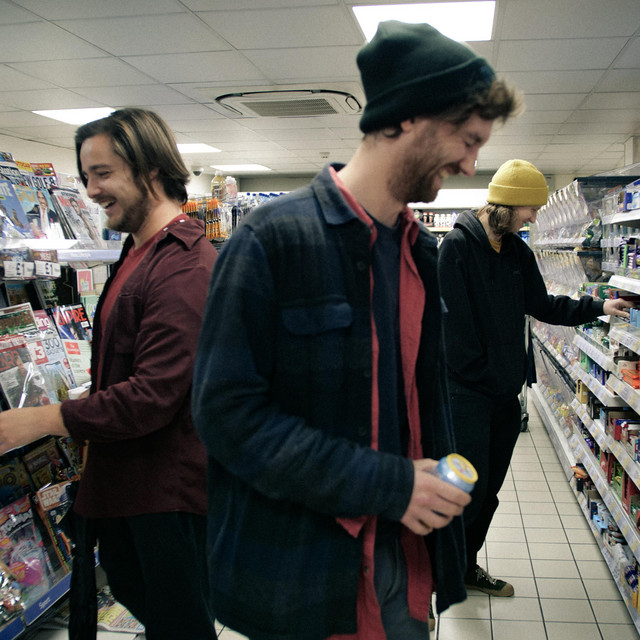 Waldo’s Gift is the result of three like-minded musicians that have been given the time and space to let their sound naturally take shape. Formed in Bristol in 2017, the band were drawn together by the offer of a weekly residency at The Gallimaufry, which prides itself in providing a space for the most boundary pushing parts of the city’s scene. In addition to playing their own original compositions, improvised live on the spot, the band also reimagined tracks by some of the artists that influenced their sound. From Floating Points to a night dedicated to Aphex Twin, the latter of which resulted in the release of a studio cover of ‘Vordhosbn’, premiered by Mary Anne Hobbs on BBC Radio 6 Music. 2019 saw the release of Improvisations, the band’s self-released debut EP, cut from a live recording of one of their now legendary nights at The Gallimaufry, with the artwork created live on the night by Holysseus Fly. The EP lead to Gilles Peterson dubbing them 2020 Ones to Watch. The Hut, their latest four-track EP and first for Black Acre Records, sees the band take a step away from their improvisatory roots towards a more refined studio sound while retaining the energy and spontaneity of the residency that shaped them. The EP cements Waldo’s Gift’s position as not only one of the most engaging live acts in the UK, but as considered composers, arrangers and producers in their own right.