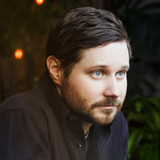 Dan has released 3 LPs under his own name, Postcards And Daydreaming, Nice, Nice, Very Nice, and Oh Fortune, as well as 2015's collaborative Club Meds under the moniker Dan Mangan + Blacksmith. His fifth album, More Or Less is came out in late 2018, supported by the lead singles Fool For Waiting and Troubled Mind.In Dan's words, "More or Less is about witnessing birth, and in some ways rebirth. It’s about feeling disconnected from a popular identity and becoming acclimated to a new one. It’s about raising kids in a turbulent world. It’s about unanswerable questions and kindness and friendship and fear. This is my fifth album. I worked with some incredible people who have made many of my favourite albums. It was an important lesson in minimalism, and while their consolidated stamp on the album is vast, it’s a credit to their creative generosity that the result feels more like ‘me’ than ever. " Mangan has performed three concerts with Symphony Nova Scotia, on Parliament Hill in Ottawa for Prince William and Duchess Kate, and has spent more than a decade playing dozens of marquee festivals and extensively touring in North America, Europe, the UK and Australia. Most recently, he scored the film Hector And The Search For Happiness (Original Motion Picture Soundtrack).