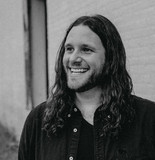 Josh Gilbert is a Christian Singer-Songwriter & Band, with a sound drawing from Americana music and a variety of genres. Josh’s influences can be placed somewhere along Contemporary Acts such as Phil Wickham, NeedToBreathe, Zach Williams & Jeremy Riddle; and even mainstream acts like U2, Train & Johnnyswim. Hailing originally from TN, he has been touring and performing nationally and internationally for over 12 years, across the U.S. and Canada - with over 1,000 performances. The Josh Gilbert Band members (his multi-genre band outfit) have included a network of friends, family & working musicians through the years Some highlights: Josh's first CCM Radio single, with Soncured Records "Separate Us ", debuted on Billboard Christian Soft A/C Radio at #12 in 2015 and also received a Dove award nomination. Josh Gilbert's recent worship song: "Holy Spirit Come", also received Soft A/C radioplay and was placed on a Grammy ballot nomination in 2016 for vocal performance category. Josh has worked with producer Jason Hoard (credits are among National Christian music acts such as Third Day, Mac Powell, Natalie Grant, Casting Crowns and many others)

His latest singles, "Sweet Little Place" from 2019 EP Outside the City as well as "Shelter of Love" have both