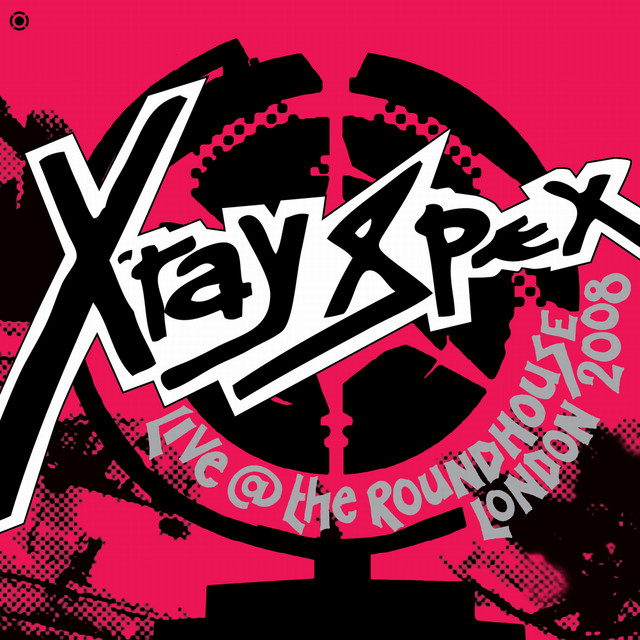 One of the great English punk bands of the late '70s, there is only one thing wrong with the careers of X-Ray Spex and lead singer Poly Styrene -- they didn't record enough music. Formed in 1976 by school friends Marion Elliot (Styrene) and Susan Whitby (saxophonist Lora Logic), X-Ray Spex exploded onto the punk scene with one of the era's great singles, the feminist punk rallying cry "Oh Bondage, Up Yours." With Logic's sax stating the melody semi-tunefully and Jak Airport's guitar laying down a wash of distorted chords, Styrene's vocal, especially on the chorus, is a marvel. Along with the early Sex Pistols and Clash singles, this was one of punk rock's great moments. So, too, was X-Ray Spex's debut LP, Germ Free Adolescents, which was great in spite of "Oh Bondage" not being on it (a situation that would be rectified with the 1993 CD reissue). Lora Logic was gone (to form Essential Logic), but her replacement, Rudi Thompson, played in as rudimentary a fashion, but stayed in tune a little more. The songs were guitar-driven punk-pop that combined outrage and aggression with a sense of alienation and disenfranchisement about rampant commercialism and an increasingly sterile and artificial world. Styrene's songs were more likely to be about drowning in a sea of corporate-designed consumer fantasies than straight-out attacks against the government. This didn't mean the songs were any less political; they simply attacked the zeitgeist from a different vantage point. Tragically, there was no immediate second X-Ray Spex record. But there was Poly Styrene's only full-length solo record, Translucence. Abandoning completely the loud guitars of X-Ray Spex, Translucence is quiet and jazzy in a way that anticipates the work of Ben Watt and Tracey Thorn in Everything But the Girl. It's a bit of a shock coming after Germ Free Adolescents, but it's a beautiful album, and Styrene's singing, though not as exciting and unhinged, is frequently stunning. Consistent with her career up to this point, Poly Styrene dropped out of music entirely shortly after the release of Translucence and joined a London-based Hare Krishna sect. She emerged from "retirement" in 1986 with a wonderful EP titled Gods and Goddesses. In late 2006, the Spex got deluxe treatment from Sanctuary Records with the release of Let's Submerge: The Anthology, a two-disc collection that features pretty much the band's entire recorded output and then some. Poly Styrene died in her sleep on April 25, 2011 after a battle with breast cancer; she was 53 years old. ~ John Dougan, Rovi