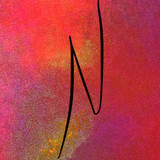 Nctrnm (Matthew McGilvery) is an electronica producer, digital artist, and NctrnmFM label founder from Ontario, CA. Matthew McGilvery began his Nctrnm project in July 2017 starting with a series of minimal electronic singles and EPs. Throughout 2018, Nctrnm began to incorporate left-field techno and experimental stylings into his music. He released the N1, N2, and N3 EPs. During this time, Nctrnm released his album Equinox. Standalone single, "Hunter", was premiered and featured in November 2018 by London-based dance blog, Acid Ted Blog. Nctrnm released two projects in the first half of 2019, one titled Mosaic in February 2019 (to positive fan reception) and the other titled Intake. Through homelessness in 2018 and 2019, Nctrnm released his second album Traces in August 2019 on NctrnmFM, and its follow up EP titled Mission released November 2019, also on NctrnmFM, named after the street the shelter he lived in at the time was on. During the first three months of 2020, Nctrnm released two standalone singled, "Mills", and "Penny" both of which saw continued positive support from listeners. Throughout the rest of 2020, Nctrnm released a trilogy of EPs: Cadena, ONYX, and ORBIT, to positive reception from listeners. In January 2021, Nctrnm released "Christen", which served as the first single to his 3rd album NOVA, released February 26th, 2021 on his NctrnmFM label. Nctrnm followed up NOVA with 2 singles, "Moonlight" in the summer and "Crown" in the fall.