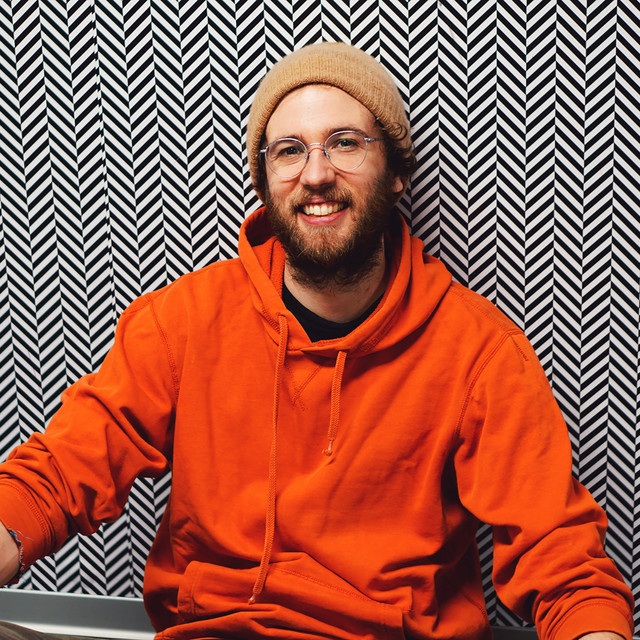 Andrew Applepie is a German songwriter, musician and music producer, heavily influenced by both, 00s indie music – as can be heard in his past as singer of the alternative indie pop band Cat Stash – and modern electronica. In 2015, Applepie’s older brother gets himself an MPC 1000 turning then indie snob traditional instrument purist Andrew’s world upside down. He starts to discover the diversity of electronic music, creating songs with everything he gets his hands onand combining it with the production knowledge from his band endeavors. Using all kinds of instruments, ranging from familiar choices like guitar, drums and bass, to exotic contraptions he picked up while traveling, plus all the stuff you would find in a kitchen. His unique style moves effortlessly through the genres and transpires his charm, humor, curiosity, and lust for life, bringing an organic sound and very laid-back timing to whatever genre you would call this. Andrew’s unique moods and atmospheres are also a popular choice among YouTubers and music supervisors: New York film maker and “YouTuber of the Year” Casey Neistat (11 M YouTube subscribers), YouTube personality Shane Dawson (23 M subs), former NASA engineer and inventor Mark Rober (10 M subs), numerous other vloggers as well as Apple TV’s own series “Dickinson” or YouTube Original “Kevin Hart: What the Fit?” keep playing Andrew Applepie’s music in their videos for millions of people. Contact: andrewapplepie@fettmusic.com