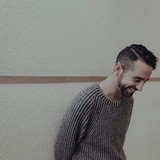 Brent Walsh released his new EP ‘Are You Even There at All?’ on November 2nd via Equal Vision Records. The album was recorded with producer Courtney Ballard (I the Mighty, 5 Seconds Of Summer, All Time Low) at the MDDN Studios in Los Angeles, CA.   His first solo release in four years, ‘Are You Even There at All?’ shows the growth of Walsh as an artist. He shares, “My creative inspiration is constantly changing, but I have over a decade and a half of experience now writing bodies of work that reflect a certain period of my life. '7' had a lot of sadness, and self-deprecation. 'Are You Even There at All' was written and recorded from a place of joy. Pain can be an incredible motivator. However, so can love.”   Though similar to ‘7’, Walsh experiments with blending genres, delicately balancing hip-hop and R&B with singer-songwriter and a cappella styles. Walsh explains, “The growth on this record came in the means of taking those things a step further in each direction, but with a more modern production approach. I wanted it to still be all over the map, but feel current.”   Walsh is currently writing new music for himself and others to share later this year.