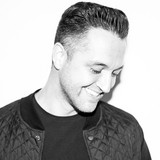 Ramon Tapia was born and raised in Holland, with a Dutch mother and Chilean father his upbringing had an eclectic mix of cultures which in turn developed and influences his decision to follow his father’s footsteps and become a musician. During his teenage years, he remembers the tales which sparked his imagination about dance music from his older sisters as they returned from a night out. During this time, he was listening to the early pioneers of Detroit techno and legends such as Michael Jackson, Quincy Jones, Kraftwerk and Front 242. But his interest in techno soon developed after many nights out, and he later decided to move to Belgium’s capital, Antwerp – originally to study as a jewelry and diamond cutter but he had a part time job in a record store which eventually decided where he wanted to take his career. Self-•‐‑taught, he slowly learnt how to produce tracks solo, where initially he mainly produced a tougher sounding techno. In 2010, he selected a number of tracks to be featured on New York’s legendary Strictly Rhythm label with the “Strictly Rhythms Vol 6” compilation and this is where he really catapulted his name into the lime light and was the biggest turning point of his career. 2019 has so far been one of the strongest years for Ramon, with releases on Adam Beyer’s Drumcode , Terminal M , Suara and playing on big festivals like Tomorrowland , Drumcode Festival and more. Releases Coming up on : Saywhat? , Octopus , Suara , Filth on Acid