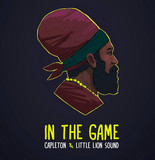 Since its creation Little Lion Sound has established itself as a major figure in the European Reggae-Dancehall movement , with more than 800 dates to their credit. In addition to their DJ's activity, they organize multiple events and festivals in Geneva whose success is growing year after year. Like the Traverse Reggae Festival (La Traverse), Dancehall Madness (Halle W), We Love Dancehall (Village Du Soir), Geneva Sound Connection Festival in the Geneva parks in collaboration with the City, or the management of the Urban Summer stage of the Geneva Festivals. More and more involved and respected, they created, in 2013, the Evidence Music label, a music production company in collaboration with Derrick Sound. Thanks to the work and energy invested, Little Lion Sound now regularly runs at internationally and has been present in many countries such as: France, Italy, Portugal, Austria, Germany, Belgium, England, the United States, Costa Rica, Indonesia, Canada and Australia.