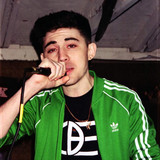 Swamp G is a hip-hop artist from Austin, Texas. He is the co-founder and member of Condo Boys Entertainment (CBE), Yaki Mob, and Shonen Swamp. Swamp began making music in 2011 on his iPhone in GarageBand. With Kamas, he formed Yaki Mob in 2013, after which he began releasing singles on SoundCloud, growing a small but dedicated fanbase. Three years later, in 2016, Swamp released his breakout Swamp Story mixtape, garnering many new fans because of its lighthearted, genuine, and relatable themes. The same year, Swamp joined forces with longtime friend Yung Dylan and began releasing music as the duo Shonen Swamp. Eventually, Yaki Mob and Shonen Swamp became united under the CBE collective, formed the same year. Swamp greatly increased his fanbase and level of recognition beginning in December 2016, when Shonen Swamp released the breakout song Megazord (Remix), with a feature from Ugly God. He followed up on this success by releasing several more mixtapes, EPs, and albums in the following years, including Based & Confused, Swamp Story 2, Ogre Boy, and Swamp Story 3. By March 2019, Swamp was able to work with his biggest inspiration, Lil B, on their collaboration Everglade Fade (Remix), produced by CBE affiliate Rishaddd. The single is included on Swamp Story 4, released later that year. Swamp's latest mixtape, Honey Swamp, is his most based to date. On the project, Swamp enthusiastically revisits his musical roots, with lyrics and delivery filled with beautiful absurdity.