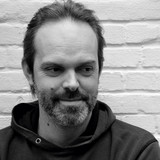 Belgian dj/producer & Labelowner/A&R of Gents & Dandy's Records who has been active in the scene since the early 90's. As a true vinyl collector he's clearly aware of the past and present music scenes and that's noticeable in his productions. Dj & vinyl collector since '92. Used to play as a duo with his younger brother under the name Bo & Khilla. In '98 they were asked to play a live set in the studio of Studio Brussels for the Teknoville show. Later that year they got booked to play the 10 Days Off festival in Ghent. Many guest spots followed in Belgian clubs. Fast forward a couple of years and kids later and Khilla is now flying solo, both as a producer and dj under his new name Khillaudio. Mostly playing and producing the deeper house flavors. So far he's had releases / remixes out on: Gents & Dandy's Records, Plastik People, Melodymathics, Two House, Remembranza, Jazzy Butterfly Records, House Cookin', Antelope, MLP, Instant Deep Records. Meanwhile he's also invested some time in setting up his own label Gents & Dandy's Records to push music he really likes but also to have an outlet for his own tracks. Started the label in 2014 with digital releases, and just recently took the next step by releasing vinyl in the second year of operations. Catch him with his bi-weekly radioshow KhillaCast on deepinradio.com. Every 1st and 3rd Friday of the month 10PM till midnight CET (4 - 5PM EST) Booking / Remix / Promo: khillaudio@gmail.com