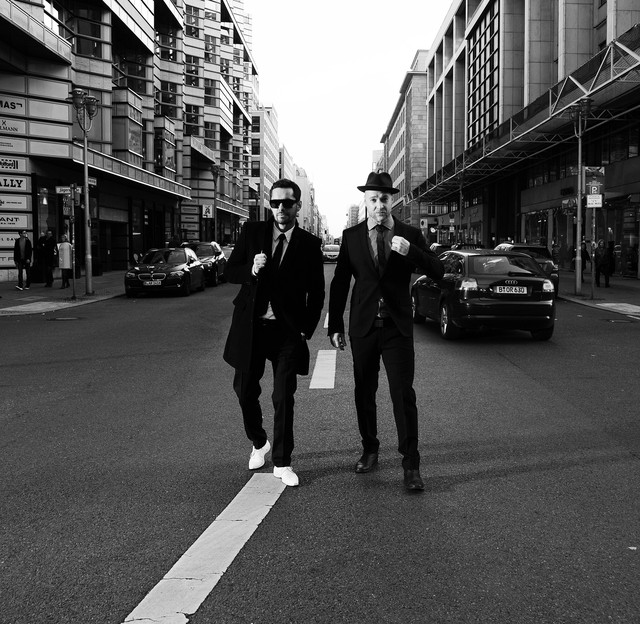 Format:B are a German tech-house duo consisting of Franziskus Sell and Jakob Hildenbrand. Since the mid-2000s, the hard-working duo has reliably produced dozens of minimal yet funky dancefloor bangers, displaying a keen sense of detail and a subtly playful edge. Sell and Hildenbrand met while attending courses at audio engineering school SAE Institute Berlin. The Berlin-based Hildenbrand had already experimented with electronic music production, and Sell had been a DJ in his hometown of Erfurt in East Germany. The pair began releasing 12" singles on Highgrade Records in 2005, followed swiftly by more releases on Stil Vor Talent and Opossum Recordings. Highgrade released Format:B's debut full-length, the continuously mixed Steam Circuit, in late 2008. Following the album's success, the duo became in-demand DJs and toured around the globe. In late 2009, the duo founded their own label, Formatik Records, and began releasing their own recordings (including club hits such as "Gospel" and "Dog Tag") as well as tracks by Daniel Steinberg, DJ Madskillz, Tobi Kramer, and other artists. The duo also established a successful residency in conjunction with the Formatik label at Berlin's Watergate club. Format:B released their second full-length album, Restless, on their own label in late 2011, followed by a series of remix 12"s in 2012. The duo continued releasing tracks on Formatik, as well as gigging throughout the world. Format:B's late-2014 single "Chunky" became a club hit and was re-released by Ministry of Sound in November of 2015, subsequently becoming a pop hit in the U.K. ~ Paul Simpson, Rovi