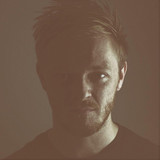 South London noisemaker ‘Sour Sync’ is an emerging producer, songwriter and multi-instrumentalist based in Croydon, whose music refreshingly marries natural instrumentation with quirky and current electronic production. Taking strong influence from artists such as Bon Iver, James Blake, SOHN, Flume and Sevdaliza, the producer uniquely blends and bends genres to seek the most current and innovative sounds. No stranger to collaboration, his production on fellow Croydon-er Drew Jodi's Coward captured the attention of BBC Introducing London, Clash Magazine and Line of Best Fit. When not collaborating, he can often be found remixing, his latest being the remix of LA artist Carter Reeves ‘Kitsuné Musique’ release ‘These Days. His latest release ‘Wisdom Teeth’ invites listeners into a rare glimpse of his more vulnerable world of songwriting. Raised in the South of Spain, Sour Sync grew up within the isolated mountains of ‘Alhaurín el Grande’, immersed in traditional Spanish culture. With a love of music birthed from flamenco guitar and childhood rock bands, he returned to London to refine his abilities and sounds further, where he discovered his ever-growing passion for production.