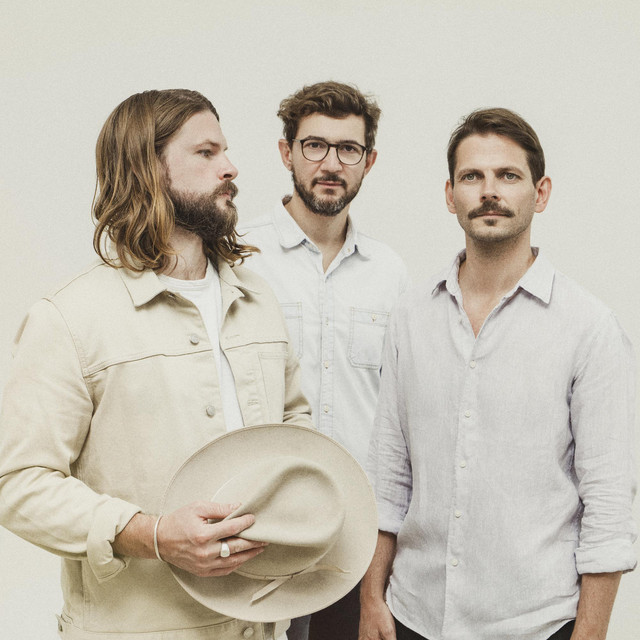 Our fourth studio album MEXICO drops May 7th, 2021 and tour dates for 2022 are out now! Based out of Berlin, Germany, multinational indie folk trio Mighty Oaks formed in 2010 around the talents of multi-instrumentalists and vocalists Ian Hooper (United States), Claudio Donzelli (Italy), and Craig Saunders (United Kingdom). The group's tight, three-part harmonies and effusive, largely acoustic-driven folk anthems have drawn comparisons to bands like the The Lumineers, Fleet Foxes, and American Authors. They released a home-recorded EP in 2010 and in 2012 they began work on a proper studio EP. The resulting Just One Day drew rave regional reviews, and was followed in early 2014 by the group's debut long-player, Howl. After taking a break from uninterrupted touring in 2016 the band members left Berlin temporarily to return to their home countries which resulted in writing the second LP. Dreamers was released in the spring of 2017 and brought Mighty Oaks back on the road. After months of more touring in North America and Europe the band was quick to follow up with their Storm EP in November 2017. Early 2019 the band released a re-recording of their first EP "Driftwood Seat" which sent them on an acoustic tour through Europe. In October 2019 they released "All Things Go", the first single from their third studio album of the same name, which came out in February 2020.