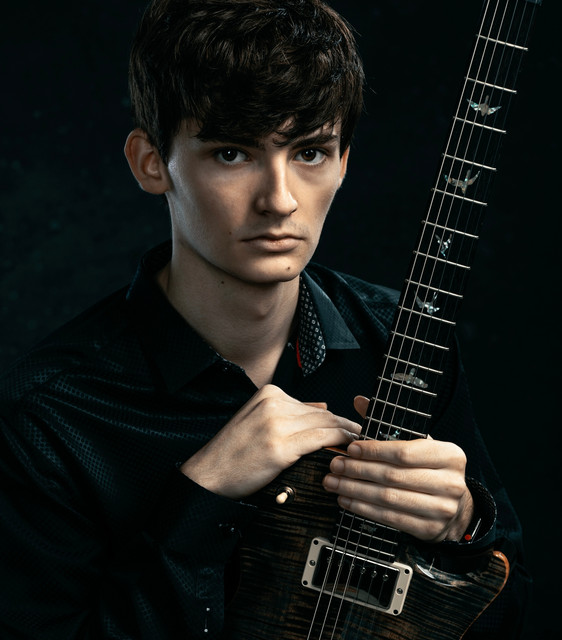 18-year-old Gabriel Metzger is taking an extrospective look at the world by turning classic rock inside out. Piercing the industry with his breakout single, “What A Shame,” he’s pushing boundaries.   Named Top 10 under 20 at the 2018 Dallas International Guitar Festival, Gabriel fuses his blues-inspired roots with heavy rock influences for a sound that is dynamic, hard-hitting and lyrically solid. Citing influences to include Alter Bridge, Mark Tremonti, Clint Lowery , Davy Knowles and Joe Satriani, Gabriel’s songs are written from a place of intuition often graced by simply noodling around.   He has enjoyed collaborating with gifted musicians, Phil Walker, Keith Horne, Jody Boyd, and Joe Kaltenbach. To date, Gabriel has opened for Tony Jackson, Danny Kensey and Big Gun; played guitar at Kingston Mines alongside Linsey Alexander and has played shows best described by the phrase: “standing room only.”   No stranger to pushing through limits, Gabriel got his start in music at the age of three; before he could physically play the frets of a guitar, he took up piano lessons to hone his craft. By age six, he was playing a half-size acoustic guitar with nylon strings only years before he began playing out and sitting in with bands before age 10. As Gabriel’s sound evolves beyond traditional norms, one thing remains the same: music is at the core of who he is.   On a quest to defy any and all limitations, Gabriel invites listeners along for the journey.