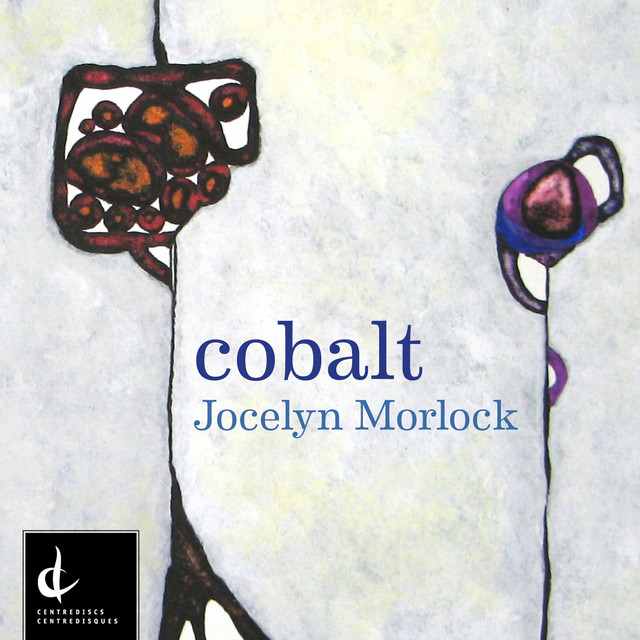 JUNO Award-winning composer Jocelyn Morlock's music is hailed as "airy but rhythmic, tuneful but complex" with "uncanny yet toothsome beauty" (Alex Varty, Georgia Straight.) “A lyrical wonder, exquisite writing” with “an acute feeling for sonority” (David Gordon Duke, Vancouver Sun), her music is recorded on 21 CDs including newly-released Halcyon, and Cobalt, whose title track won the 2015 Western Canadian Music Award for Classical Composition. Morlock’s music has received accolades including Top 10 at the 2002 International Rostrum of Composers, winner of the 2003 CMC Prairie Region Emerging Composers competition, five nominations and one win for Classical Composition/Recording of the Year at the WCMAs, and two JUNO Nominations and one win for Classical Composition of the Year. She

won the Mayor's Arts Award for Music in Vancouver in 2016. Morlock is Vancouver Symphony Orchestra's Composer-in-Residence; she began her term in 2014, following a term as Composer-in-Residence for Music on Main. Recent premieres include Lucid Dreams, a cello concerto written for Ariel Barnes and the Vancouver Symphony Orchestra and My Name is Amanda Todd for the National Arts Centre Orchestra's multi-media project, Life Reflected. My Name is Amanda Todd won the 2018 JUNO for Classical Composition of the Year. Recent CD releases include her own CD Halcyon and Duo Concertante's "Incarnation". Much of Jocelyn’s music has been inspired by birds, insomnia, or a peculiar combination thereof.